For a Gallery on the Moon 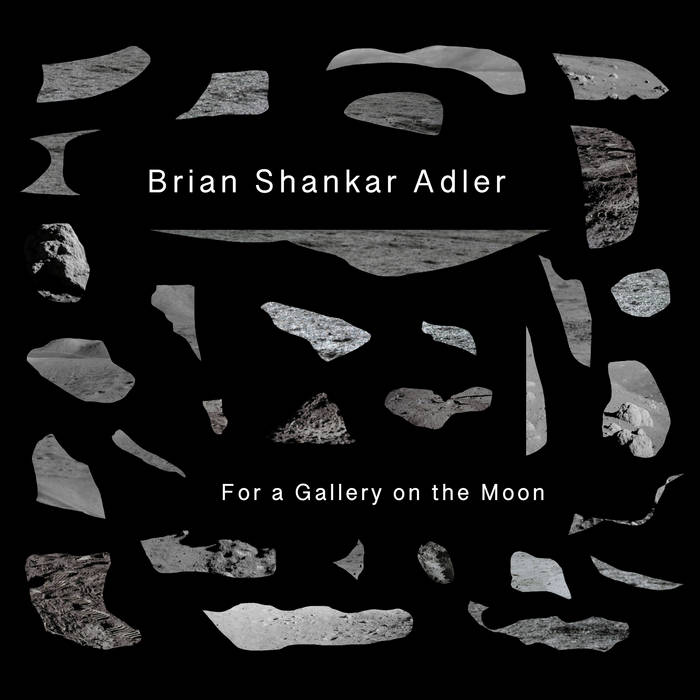 In his new solo album, “For a Gallery on the Moon,” peripatetic drummer, percussionist and composer Brian Shankar Adler journeys deeper into the layered topography of rhythm with a set of nine concentrated meditations representing the space between the heart and the moon. With fresh echoes of his critically acclaimed 2019 Chant Records release “Fourth Dimension” still resounding, Adler quickly pivots to create a primal percussive world: dwelling, probing, reflecting and refracting inside the very act of vibration, one that highlights subtle timbres, nuanced shifts the mesmerizing power of repetition. For the making of this album, Adler built what he refers to as a “cave” in the middle of his New York City apartment, so quiet that he could hear the faint vibrations of a whisper and so small that it fit only himself, a few small instruments, and microphones. From that place of deep stillness, Adler breathes air into a sonic world that is foreign to the ear, yet to the heart feels just like home.

“For those who can use the whole of their senses to experience music..." Jamie Rattner, Performer Magazine. ... more

Bandcamp Daily  your guide to the world of Bandcamp