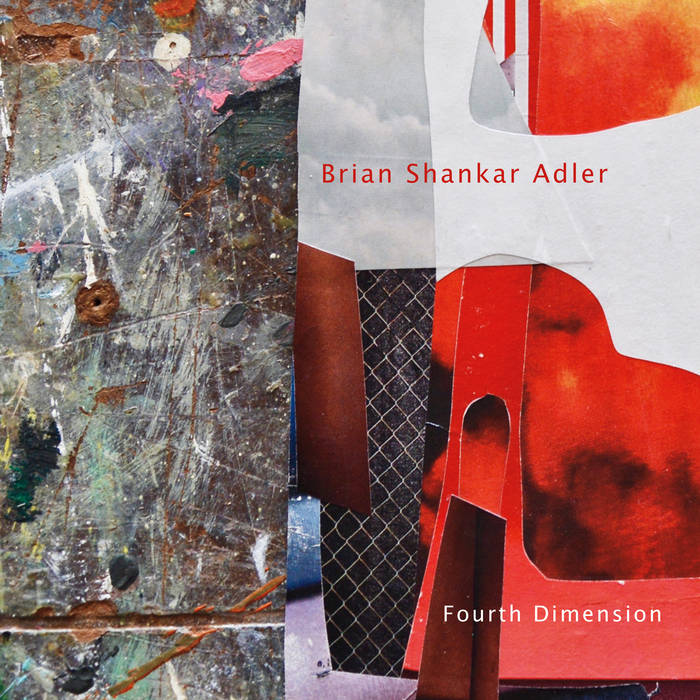 Ayax Hi, I've loved the record! While the athmospheric aspect of your music strikes right from the onset of each track, it is in the seamless transition into rich musical ideas where I believe the power of your music lies. You really show the uncommon talent of being able to take the listener along into the very perceptual matter of your musical introspections Favorite track: Mantra.

Fourth Dimension is percussionist/composer Brian Shankar Adler’s seventh record as a leader, and offers listeners an album jam-packed with arrestingly beautifully compositions rooted in Adler’s own spiritual upbringing in an ashram. Joined by some of New York’s top improvisers - Matt Moran, Jonathan Goldberger, Rob Jost, and Santiago Leibson - the group weaves through peaceful and radioactive terrain with ease and style.

Adler says of his early childhood memories: “I remember we would spend one month each year in silence. It was quite profound, because we started hearing the world in another way.” He continues: “After looking into the mind’s eye and becoming comfortable with what is brewing from within, the outside world appeared to be a reflection of that source.”

The sum of his experiences meld fearlessly into the subject matter that is Fourth Dimension. Here, Adler maps out new pathways, techniques and concepts, using the ensemble as a musical laboratory, exemplifying the search for balance. Sound/silence, stability/instability, form/freedom, human/machine are just some of the ways that Adler and the group toys with the push and pull of polar forces. In doing so, the music exposes, exploits, and raises questions about the infinite dance of this gravitational search. The album asks the listeners: “what resides in the subconscious and is it a mirror of the outside world?”

“For those who can use the whole of their senses to experience music..." Jamie Rattner, Performer Magazine. ... more

Bandcamp Daily  your guide to the world of Bandcamp